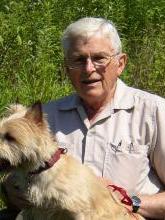 After graduating from Whitman College, Shoemaker moved to Cambridge, MA to work at the Radiation Lab at MIT where he conducted research on radar development for its use in WWII. After the war, Shoemaker attended the University of Wisconsin, Madison where he earned his PhD in Physics. In 1951 Shoemaker began at Princeton in the Physics… 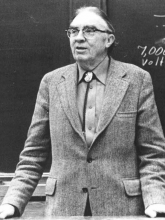 Milton White (1910-1979) was a Professor of Physics at Princeton University. His research led the field for research and development of particle accelerators. His doctoral thesis was the first nuclear physics research using a cyclotron. During WWII, White left Princeton to organize the radiation laboratory in Cambridge, MA where…