Sir Steven Cowley is the director of the Princeton Plasma Physics Lab (PPPL). PPPL works on plasma physics and nuclear fusion in order to develop fusion for energy. He was raised in Britain and worked there most of his life. In Britain he worked at the United Kingdom Atomic Energy Authority, becoming intimately acquainted with nuclear power and its potential impacts. His British identity appears to define a lot of the ways he thinks about his work in relation to the land. In the complete interview his thorough knowledge of Princeton’s past and the context of his fusion work is clear. Below you can find some key quotes from the interview that explore ideas of land, colonial history, and how we relate to others in our communities. 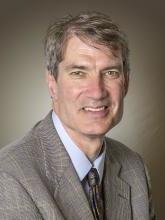 Interviewer: during your time at the UK Atomic Energy Agency, was there any thoughts to like, these small populations like indigneous people?

Cowley: And often, and this is probably, you know, part of your theme, you know, the thesis they were put in, in poor communities. And they were, because there was very little opposition to putting the jobs were very, very important to the people in those communities, and therefore, they welcome the nuclear reactor. Whereas if you try and put a nuclear reactor, in Oxford, for instance, you'd have an awful lot of very well educated people complaining and protesting and you'd never get it through. Right. But if you want to put a nuclear reactor in, so the big nuclear reprocessing plant is a bicycle, Sellafield in Cumbria. Yeah, the Lake District. And it's an incredibly poor area of the country. And so that's the biggest employer around there. And so it's very popular. And so, although, you know, there, there's no such thing really, as indigenous people.

Everybody's sort of indigenous and knotted. Who knows, sometime in around 600 ad, your ancestors came from Denmark, but somehow? I don't know, you know. So there's not the same issues. Right, as in the United States where, you know, in developing the nuclear capability, United States, they basically went and took lands that indigenous peoples lands. I mean, even next, you know, the Trinity site where the first test was done on nuclear weapon. I believe it was actually in American Indian land. And the whole Nevada Test Site, and the downwind part of the Nevada Test Site is not very far from Las Vegas section.”

Interviewer: What about Britain’s colonial history?

Cowley: You know, got rid of various tribes and things like this a long, long time ago. Most of modern history is about parliamentary history and things like that, you know, had women get the vote and things like that. It's not about oppressed people, although from the 1950s onwards, they started to be big people coming from the British Empire to Britain, for jobs, like there was, you know, famous influx of Caribbean immigrants, from Jamaica, from Barbados, from, you know, various places around the Caribbean. And then during the 1960s and 70s, when I was a kid, actually a huge influx of Indians in Pakistan and Bangladeshi, to Britain, but it's still true that the minority in Britain is is a much smaller minority than it is states. But, and then suddenly, you know, you start to have to deal with a multicultural society rather than something that's very monocultural. My parents came I grew up in an era when Britain was just sort of a unique culture. Right. And then in my time, you know, it became a much more multicultural place and actually much more interesting because of it, of course.