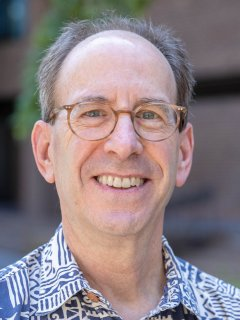 In our discussion, we explore themes of the moral responsibility of scientists, role of science in war, and what nuclear science holds for the future. Meyers was a joy to talk to: he is open, humble, and humorous. What strikes me as unique is his openness to speak to the downfalls of science and scientists: the warped incentives and toxic ignorance. Why this was so surprising to me is because it strikes a strong contrast with another physicist John Wheeler, a Princeton physicist who contributed to the atomic project. In my readings, Wheeler seems calculated and cold but dedicated to the atomic project. In his book Geons, Black Holes & Quantum Foam, the collection of his time serving the project is strikingly ordinary, where his main concern was about his pregnant wife. There was little to no serious concern about the consequences of the project, nor the moral foundations:

“When I boarded the Broadway Limited for the trip to Chicago at the end of January, I was, unfortunately, alone. We had no sure housing in Chicago. Janette, seven months pregnant, wanted to remain near her parents in Baltimore. Her father, Robert Hegner, a parasitologist at John Hopkins School.”

Meyers in many occurrences of the conversation explicitly express the responsibility to act ethically as a scientific professional. For example, as our discussion progressed, I showed him a few articles on Princeton’s atomic project. After showing Meyers the photo of the Atomic Bomb Rooftiles, there were visible expressions of disgust for nuclear weapons’ horrible infliction on the Japanese people and the irony of the transaction. On the other hand, Meyers seems to be very pleased with Princeton's ability to gather talent after showing an archival photo of the 1945 Princeton Harold, depicting a collection of Physicists Albert Einstein, Hideki Yukawa, John Wheeler, and Homi Bhabha. The most intriguing discovery is that Meyers had crossed paths with Wheeler. He owns a few books from Wheeler, which he showed me. Ultimately, through this dialogue, I learned that the perspectives on the relationship between Princeton and its role in nuclear history are more nuanced than I had expected.

Since Wheeler’s era as a physicist working on the Manhattan project, over half a century has passed.  While many nuclear non-proliferation treaties have come into existence and dissolved, we hypothesize the proliferation of information regarding dangers of nuclear weapons have a significant impact on the perception on nuclear development. To test this, we apply Monkey Learn’s Text Analytics tools to analyze interviews of current Princeton professors researching nuclear development and past memoirs and autobiographies of those who played a significant role in weapon development during the Manhattan Project. What we found is that the vocabulary among the three scholars, Meyers, Ford, and Wheeler, are largely technical, independent of the period of time, while Meyers’ speech is slightly more human-centric, showing a small, but not insignificant change in mindsets. Another data point to consider is that the most occurring words from each medium are “war,” “mike,” and “reactor,” respectively. This is a more interesting result. We clearly see Meyers relate nuclear weapons to elements of war, which Ford and Wheeler would ultimately only describe by their technical code names and specifications. 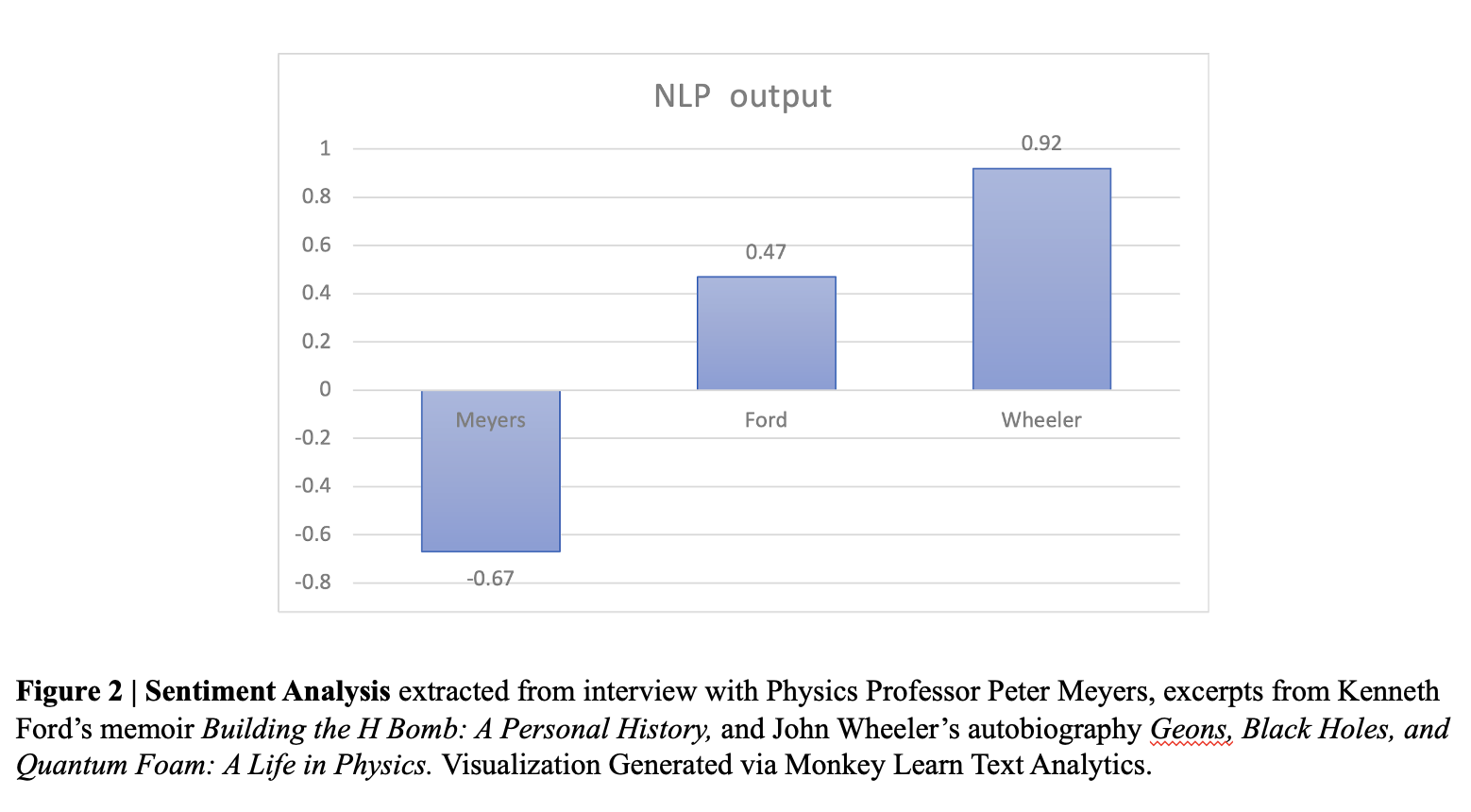 Next, to better understand how the tone has shifted over time. We applied a Natural Language Processing algorithm called Sentiment Analysis, which simply takes in text data and compares it to a standardized lexicon that relates each dictionary item to an emotional or sentimental value. What we found matches our expectations. Meyers is the most pessimistic, negative about the future for nuclear development while Ford and especially Wheeler has overwhelmingly positive inclinations to nuclear development.