Natives who worked on the Manhattan Project 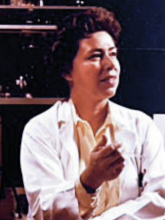 Floy Agnes "Aggie" Lee was a biologist and member of the Santa Clara Pueblo. Lee originally aspired to join the WASP (Women Airforce Service Pilots) after graduating from the University of New Mexico. Unfortunately, the program was disbanded shortly before she would have started. Instead, Lee went to work on the Manhattan Project at Los…

Pheobe Smith worked at the Oak Ridge National Laboratory in the 1940s.[1] limited information on Pheobe's involvement at Oak Ridge exists. However, some insight to what work Phoebe may have done at Oak Ridge can be gained through her childhood friend, Wynona Arrington Butner, whom she recruited… 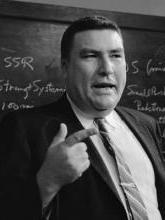 Herbert York (1921-2009), a Mohawk Physicist, began working on the Manhattan project at the Berkeley Radiation Laboratory in California. He then moved to the Oak Ridge National Laboratory at the Y-12 Plant where he worked on electromagnetic separation of uranium-235.

After the war, York served as the first director of the…